In March and April, Germany's commercial net electricity exports  amounted to 8.9 TWh, corresponding to 10.1% of the electricity generated in Germany during that period. In comparison with the previous year, net exports fell by 8%. The main customer for Germany's net exports (exports less imports) was Austria, which accounted for 3,014 GWh (down 10.3% compared with the previous year). The Netherlands followed in second place with 1,759 GWh (down 42.4%), ahead of France with 1,322 GWh (down 32.8%). Germany was also a net exporter to Czechia in March and April (480 GWh), while in the year before it had been the other way around: then, Czechia had exported 1,245 GWh more electricity to Germany than Germany had exported to it. This is due to the change in price difference between the two countries. In the two-month period last year, prices in Germany were higher than those in Czechia during most hours, but this year the Czech prices were mostly higher.

Sweden was the only country which Germany imported more electricity from than it exported to in March and April, but the net imports were small – just 75 GWh. This was, however, a considerable increase on last year, due to the fact that in 2018, the submarine cable between the two countries (Baltic Cable) was not operational for the end of March and the whole of April, meaning that very little trade could take place at all during the period.

Compared with the previous year, wholesale prices for electricity declined slightly. In March and April the hourly products on the EPEX Spot day-ahead market were traded at between 60.73 euros and minus 83.01 euros per megawatt hour (€/MWh), resulting in an average of €33.74/MWh. That was €1.01/MWh less than in the same period of the previous year.

On the day-ahead market exchange, the highest price of the past two months of €60.73/MWh was recorded on Tuesday, 19 March, between 7pm and 8pm, when renewables generated a low amount of electricity during a time of relatively high consumption. The electricity market reacts to this situation by taking power from storage facilities (such as pumped storage stations), reducing the consumption of flexible loads and utilising conventional power stations with higher marginal costs, in particular gas-fired power plants. Thanks to the coupling of the electricity markets in Europe, Germany was also able to import cheaper electricity from France, Czechia, Denmark, the Netherlands and Switzerland (approx 3.5 GWh).

The lowest electricity price was minus 83.01 euros/MWh between 2pm and 3pm on Easter Monday, 22 April. Consumption was low, which is typical for the Easter bank holidays, while at the same time photovoltaic installations were generating a lot of electricity. Exports were strong since prices were higher than in Germany in all neighbouring countries. Net exports amounted to 13.1 GWh. 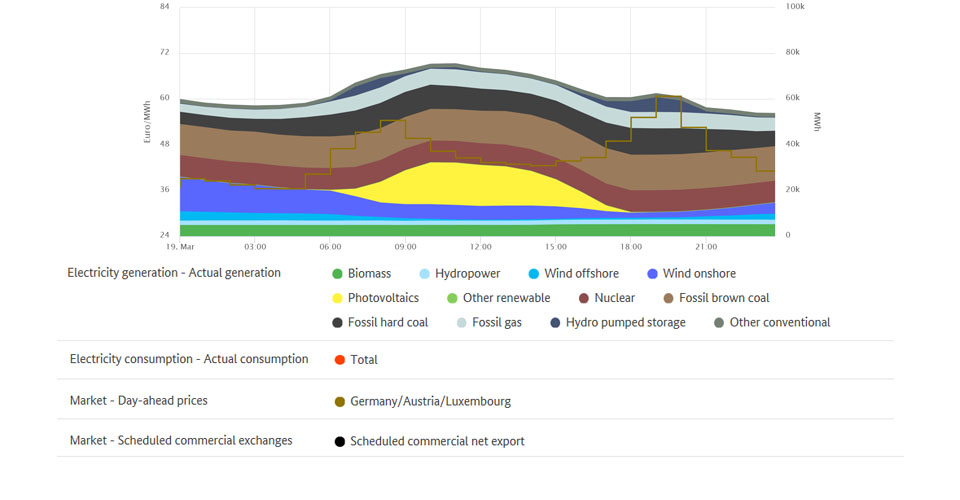 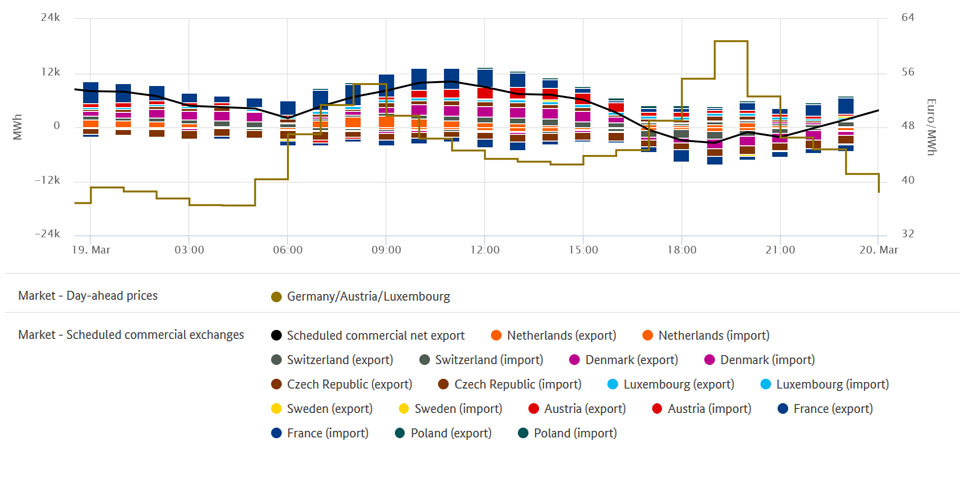 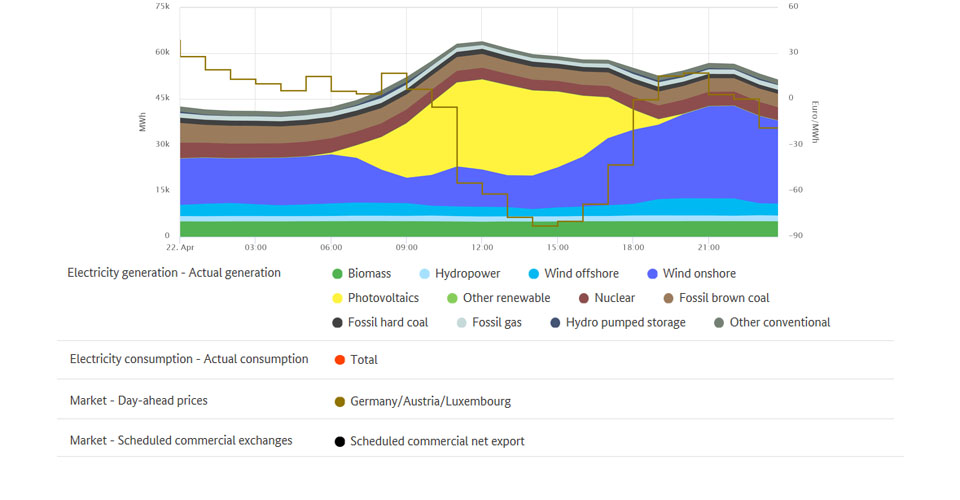 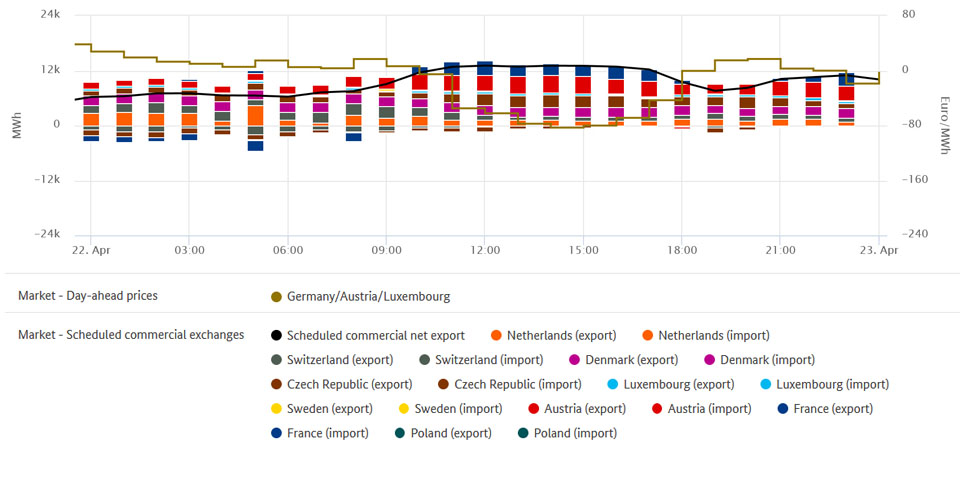