Export surplus in the autumn

Germany was a net importer from Sweden, France and the Netherlands, from which it took a total of 1,011 GWh net. The latter two neighbouring countries had imported 2,614 GWh (net) in the same period last year.

Changes in imports and exports are the result of frequent short-term price fluctuations, which reflect the interaction of supply and demand in the respective countries and across borders. These fluctuations are part of normal market activity in the European wholesale electricity trade.

One example: on Monday, 30 September 2019 Storm "Mortimer" swept across Germany and led to a rise in onshore wind generation, in turn leading to more electricity being produced than consumed. This resulted in low electricity prices in Germany and pressure to export to Austria. The capacity of the interconnection lines to Austria was soon in full use. This led to wholesale prices in the Germany/Luxembourg bidding zone developing differently than in Austria. For a short period, electricity in Austria was more expensive than on this side of the Alps. It was not until 6pm that there was a significant decrease in onshore wind generation in Germany and thus in net electricity exports to Austria. The wholesale prices gradually converged and were even identical between 7pm and midnight.

The chart shows commercial foreign trade between Germany and Austria, the different wholesale prices, and wind generation on 30 September 2019.

Compared with the previous year, wholesale prices for electricity fell significantly. In September and October, the hourly products on the EPEX Spot day-ahead market were traded at between 71.47 and minus 37.29 euros per megawatt hour (€/MWh), resulting in an average of €36.35/MWh. That was €17.60/MWh less than in the same period of last year.

The lowest electricity price was minus 37.29 euros/MWh between 3am and 4am on Monday, 30 September. Electricity from renewables made up about 72% of total generation during this period. Negative prices mean that generators have to pay for the uptake of the electricity they make during that period. Exports occurred between 3am and 4am since prices in all neighbouring countries were higher than in Germany. Net exports to these countries amounted to 11.3 GWh.

On the day-ahead market exchange, the highest price of the past two months of €71.47/MWh was recorded on Thursday, 19 September, between 7pm and 8pm. At that time, consumption was high and there was a low level of generation from renewables. Thanks to the coupling of the electricity markets in Europe, Germany was also able to import cheaper electricity from Denmark, France, Sweden, Czechia, the Netherlands and Switzerland during the period (around 4 GWh). 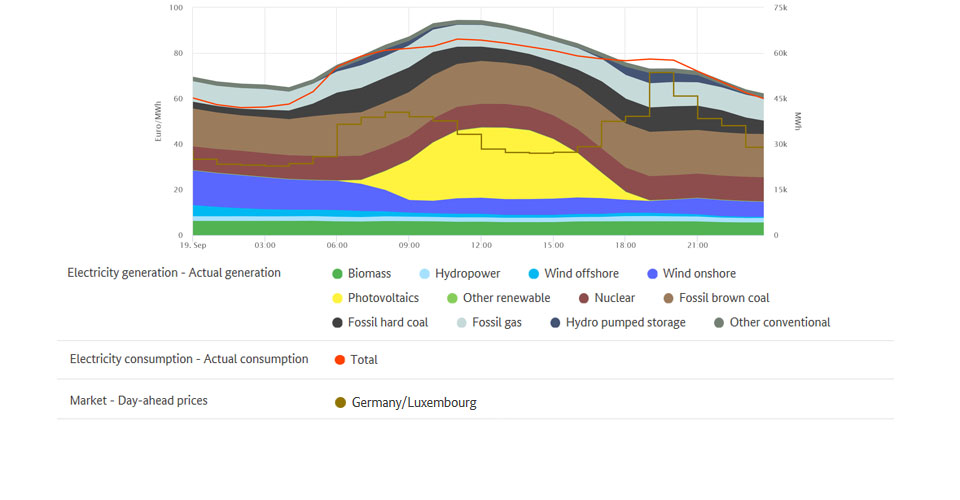 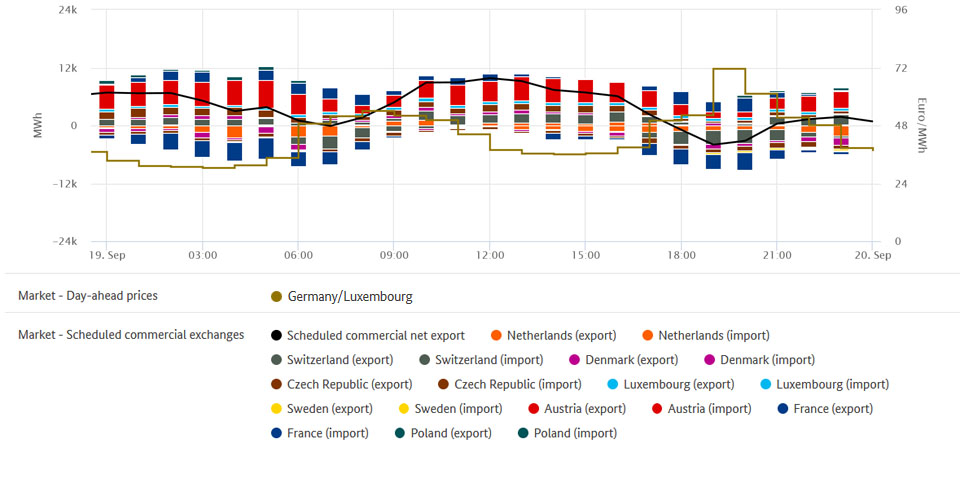 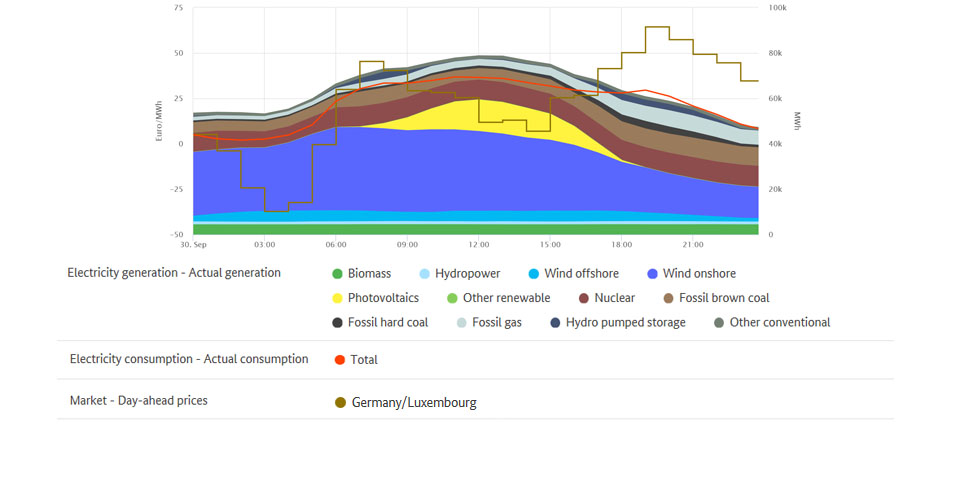 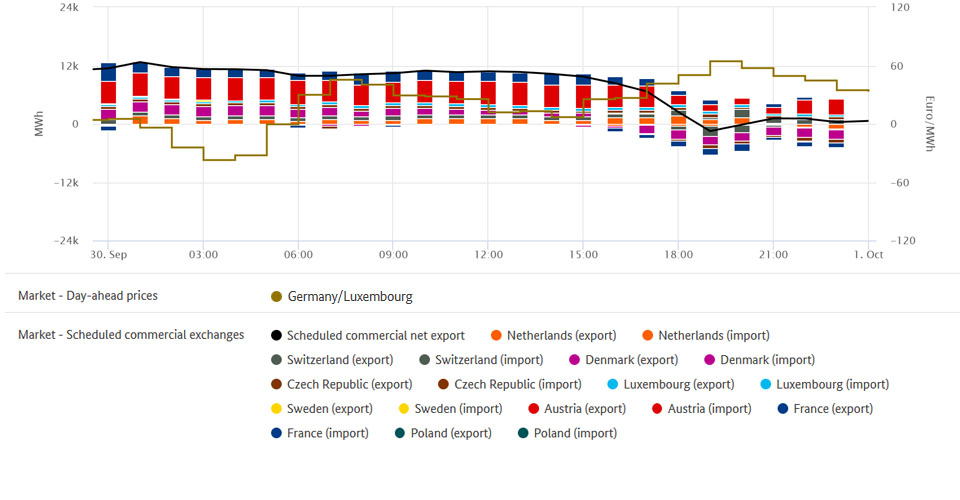