A transformer substation used to distribute the electricity exchanged

In transformer substations the electricity is transformed into the required voltage for downstream distribution or for transportation over long distances.

In November and December 2017, Germany's commercial net exports amounted to 12.9 TWh. This is equivalent to 13.5% of the electricity generated in Germany during that period. In comparison with the previous year, net exports have risen by 6.2%. The main customer for Germany's net exports (exports less imports) was Austria, which accounted for 5,735 GWh (down 6.2% compared to the previous year). France followed in second place with 5,140 GWh (up 51%), ahead of Switzerland with 1,627 GWh (down 18%).

You can create a graph that shows the current figures for the exchange of electricity using SMARD’s market data:

Compared with the previous year, wholesale prices for electricity have declined slightly. In November and December the hourly products on the EPEX SPOT day-ahead market were traded at between 124.29 euros and minus 61.41 euros per megawatt hour (€/MWh), resulting in an average price of €35.49/MWh, which is €2.35/MWh less than in the previous year. The prices on the day-ahead market can sometimes change very quickly and thus they act as a balance between supply and demand.

On the day-ahead market exchange the highest price of the past two months of €124.29 was recorded on Monday, 15 November, between 6pm and 7pm. Consumption was relatively high at 69 GWh during this period - as is usually the case in the early evening - but a calm wind, and a lack of photovoltaic feed-in during the winter evenings, led to low supply. As high prices also prevailed in most other European countries, it was not possible to increase supply with favourably priced imports. The logical consequence in a functioning market is that prices rise. Only in Denmark, Sweden and the Netherlands did a megawatt hour cost less than €100 during this one-hour period. Although the maximum possible quantity of electricity was imported from these countries, this was not sufficient to completely align the prices.

At the time of the lowest electricity price of minus €61.41, which occurred on Christmas Day between 6am and 7am, a very high amount of electricity was exported abroad. The net export was 11.3 GWh, thus 28.5% higher than the average for November and December.  On national holidays and weekends, electricity consumption is always less than on working days because of the lower industrial requirement. During the lowest priced hour consumption was 38.9 GWh. This is about 30% less than average consumption for the same time in November and December, which was 55.6 GWh. For technical reasons and for reasons of commercial viability, operators of conventional power plants do not always completely shut down their plants but instead accept short-term negative prices. At Christmastime in 2017, they therefore paid up to €61.41 per megawatt hour to feed their electricity into the grid. The high price volatility means that this can make more sense for power plant operators. For example, over the course of the morning the downwards price trend reversed and the price rose again by about €80 to more than €20/MWh. 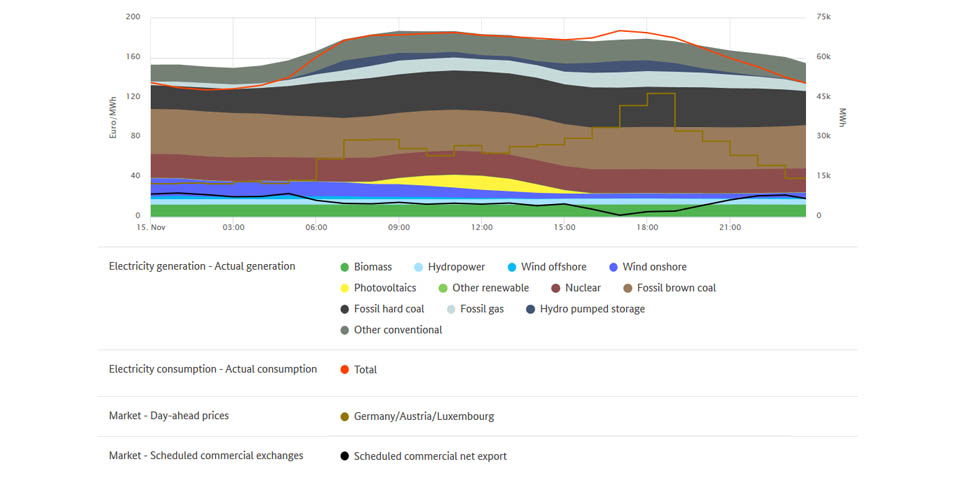 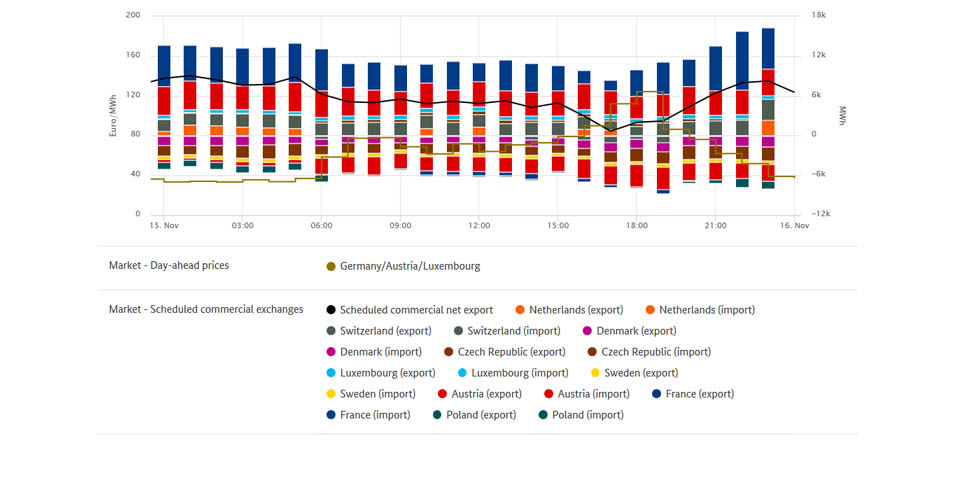 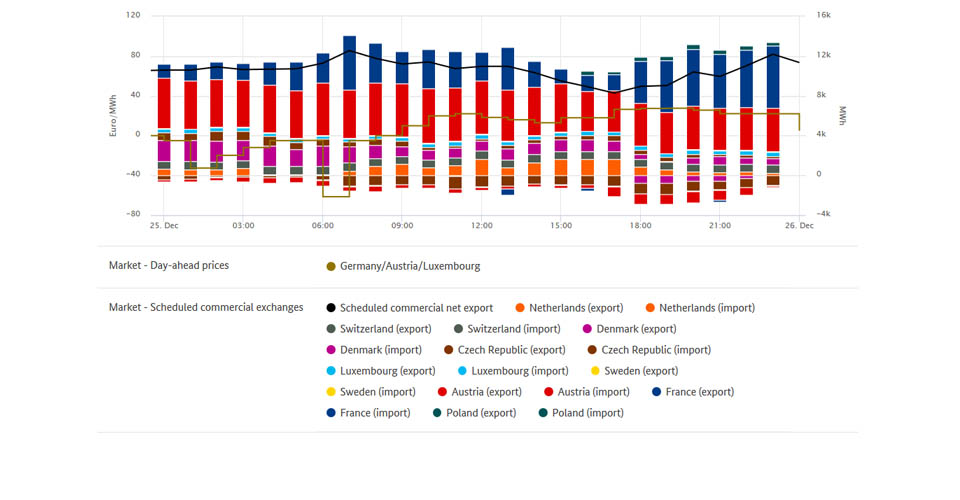