Electricity trade in July and August 2018

In July and August, Germany's commercial net exports amounted to 8,071 GWh. This is equivalent to 9.19% of the electricity generated in Germany during that period. In comparison with a year earlier, net exports have risen by 20.16%. The main customer for Germany's net exports (exports less imports) was Austria, which accounted for 4,709 GWh (up 33% year-on-year). The Netherlands followed in second place with 2,400 GWh (up 84%), ahead of Denmark with 698 GWh. In the same period last year, Germany imported 157 GWh from Denmark.

A look at the monthly average prices provides an explanation for the large increase in exports to the Netherlands: while last year's monthly average prices differed by only €1.40 (July) and €2.20 (August), this year's prices showed differences of €3.84 (July) and €1.80 (August). The large increase in exports was therefore mainly due to the wide difference in prices in July, while in August around the same amount of electricity was exported as a year before. The rise in exports to Austria was due to the decrease in the amount of hydroelectricity generated, which in turn was a result of the prolonged dry weather. In July and August of this year, Austria's hydropower plants generated 2,300 GWh and 1,858 GWh of electricity respectively, compared to 4,064 GWh and 3,704 GWh last year. Austrian traders compensated for most of the deficit with electricity from Germany.

Germany recorded net imports from Czechia amounting to 520 GWh, compared to net exports of 477 GWh in the same period last year. Fluctuations in the order of several hundred gigawatt hours in the trade balance over a two-month period are not unusual; and if such fluctuations occur at national borders at which relatively small amounts of electricity are usually traded, a switch from net exports to imports or vice versa is quite normal.

Wholesale prices for electricity were significantly higher compared to a year earlier: in July and August, the hourly products on the EPEX Spot day-ahead market were traded at between 85.96 euros and 2.34 euros per megawatt hour (€/MWh), resulting in an average price of €52.87/MWh, which is €31.93/MWh higher than a year before. Monthly average prices have been rising steadily since April, when the average was €32.06/MWh, and have been at their highest since 2015, when the first SMARD data were made available. Seen in a longer-term context, however, both the average and the maximum prices are comparatively low. In particular, peak prices exceeding €200 have been recorded in only one hour since 2009; before that, similarly high prices were seen more frequently.

On the day-ahead market, the highest hourly price of the past two months of €85.96/MWh was recorded on Monday, 6 August, between 7pm and 8pm. At that time in the evening, the sun was already setting and solar generation was low. As there was also no wind and consumption was relatively high, conventional generation accounted for most of the electricity produced in Germany. Germany imported an additional 3.1 GWh of electricity from France, Sweden, Denmark and Switzerland.

The lowest electricity price of €2.34/MWh was recorded between 2pm and 3pm on Saturday, 7 July; then, Germany exported a very large amount of electricity to other countries, and net exports amounted to 11.7 GWh, around twice the hourly average exports for July and August. The generation data show that 85% of the electricity consumed in that hour was supplied by renewables, owing to the high level of solar and wind generation, with conventional generation providing only around 15% of the country's electricity consumption. Plants whose generation was not curtailed for technical or economic reasons therefore sold their electricity on the cross-border electricity market. 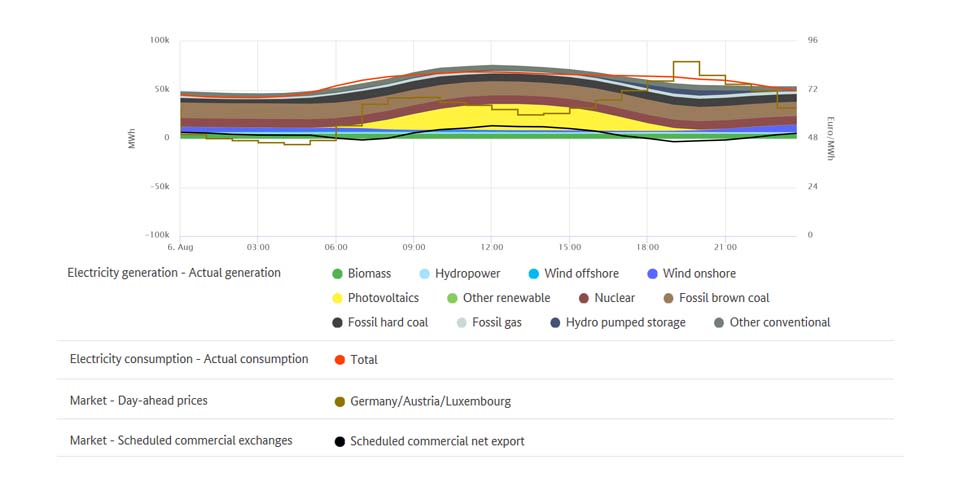 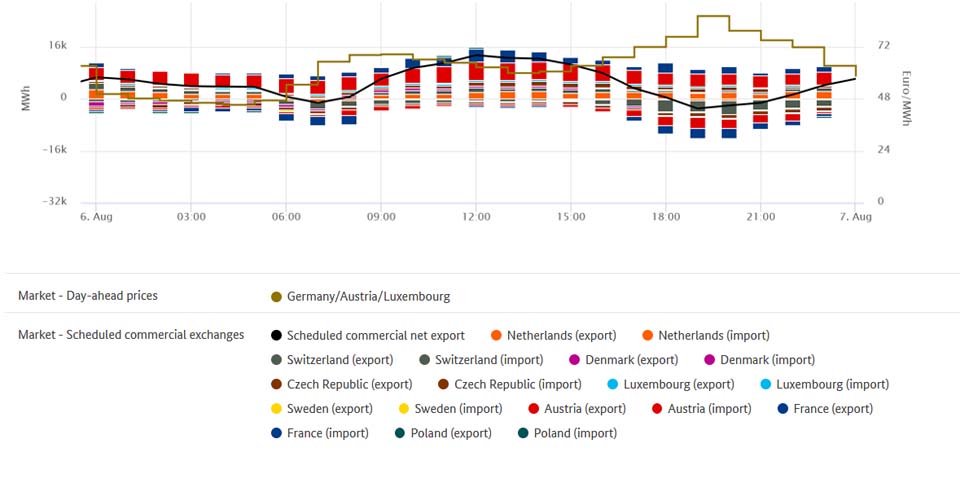 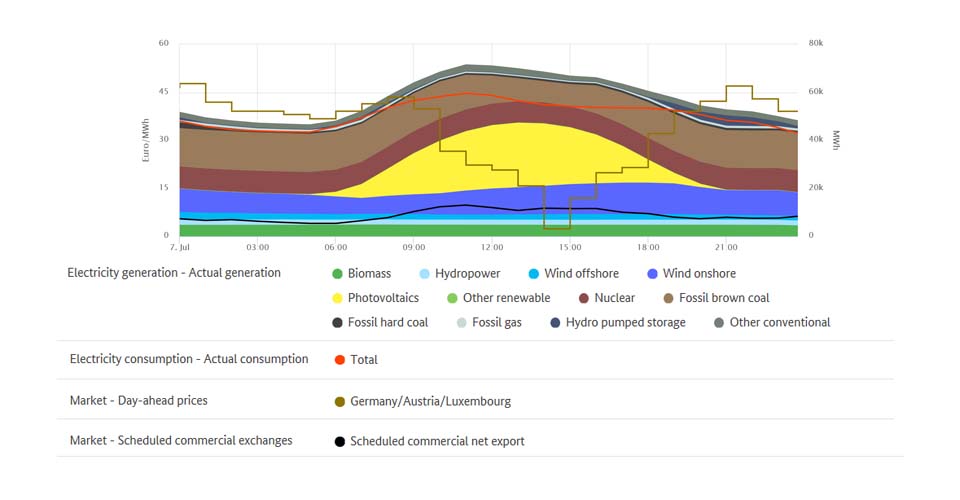 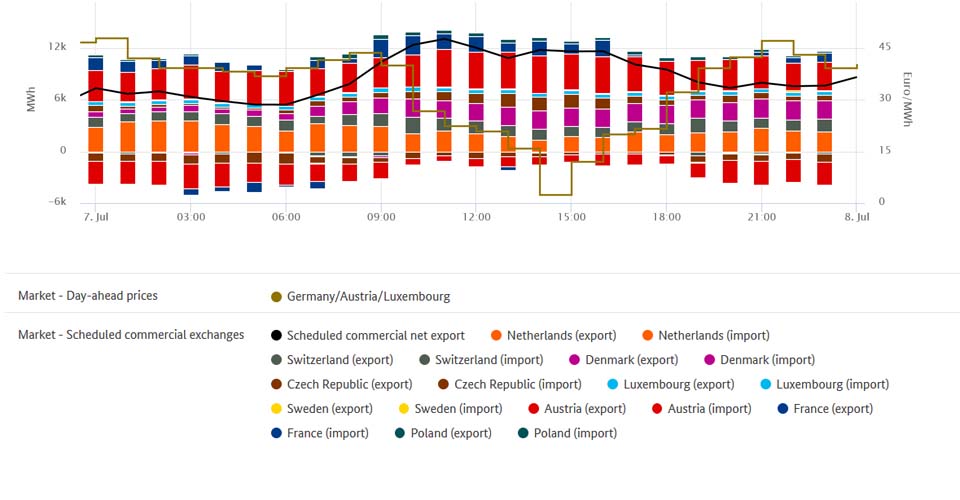