The German electricity network is divided into several voltage levels, with the transmission systems being the highest one. They cross the whole country with a voltage of at least 220 kilovolts (kV), transporting electricity great distances from the major generating plants (power stations and offshore wind farms) to the downstream distribution systems. This is the only way to meet electricity needs in the south of Germany with power produced by wind turbines in the north, for example. The transmission systems also link the German network with those of its neighbours via cross-border interconnectors and subsea cables, enabling electricity to be traded across European borders. 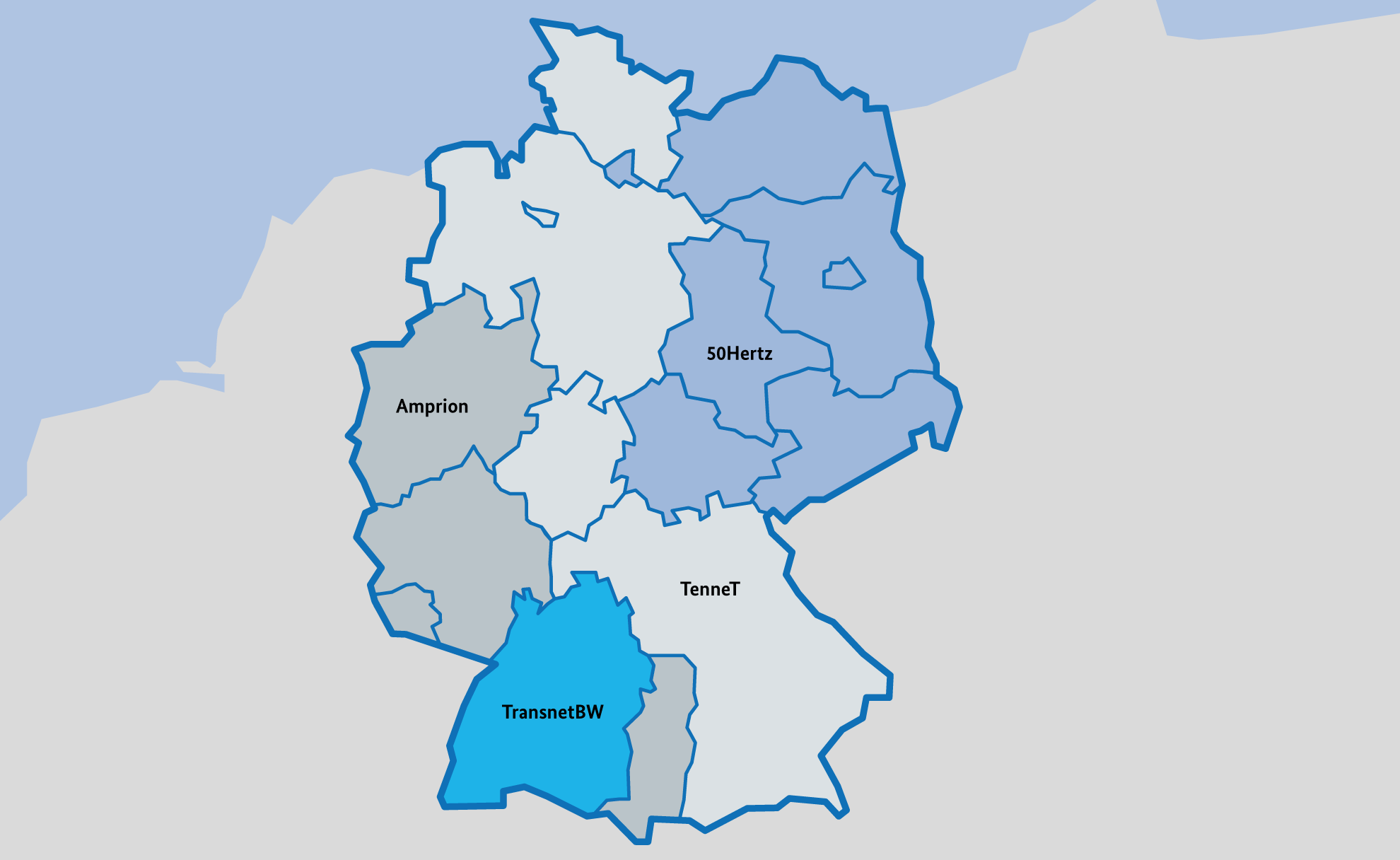 TenneT's system traverses the whole of Germany, running from the border with Denmark in the north to the Alps in the south. 50Hertz's transmission system is located in the north and east of the country. Amprion operates the systems in the west and south-west. TransnetBW is responsible for a large part of the network in the state of Baden-Württemberg.

The role of the TSOs in Germany is laid down in law. As set out in section 11(1) of the German Energy Industry Act (EnWG), it is their job "to operate and maintain a safe, reliable and efficient energy supply network and to optimise, reinforce and expand the network in line with requirements in a non-discriminatory manner".
They operate the networks independently of the generation and sale of electricity. They have to make the electricity networks available impartially to all market participants.

The TSOs are thus in charge of operations, maintenance and the expansion of the transmission system infrastructure in line with requirements. To avoid fluctuations in system frequency, they are required to take certain measures to uphold the stability of the networks, such as the use of Balancing services.

The European Network of Transmission System Operators for Electricity (ENTSO-E) has 42 TSO members from 35 European countries as of June 2021. ENTSO-E brings together the knowledge and interests of all the European TSOs and coordinates the network operation in Europe, ensuring the functioning of the networks and the European internal market in electricity.

Regulation (EU) No 543/2013 requires TSOs to notify ENTSO-E of their data on electricity markets, consumption and generation. This makes developments on the electricity market transparent. The Regulation provides the basis for the data published on the SMARD website: