Electricity generation means the conversion of any energy source into electrical energy.

Electricity generation can be divided into two categories by the type of energy source: conventional and renewable generation. Conventional electricity producers are the power plants that up to now have mainly needed finite, fossil fuels. These include oil, coal and gas as well as nuclear power plants. Renewable electricity generation, on the other hand, uses energy sources that are unlimited and continually renew themselves. Unlike oil, coal or gas, renewable energies do not cause any direct CO2 emissions. Wind energy, solar power, biomass and hydro power are examples of renewable energies. There is also geothermal energy.

Development of electricity generation from renewable energy sources in Germany

Data source: BMWi on the basis of the Working Group on Renewable Energy Statistics (AGEE-Stat) 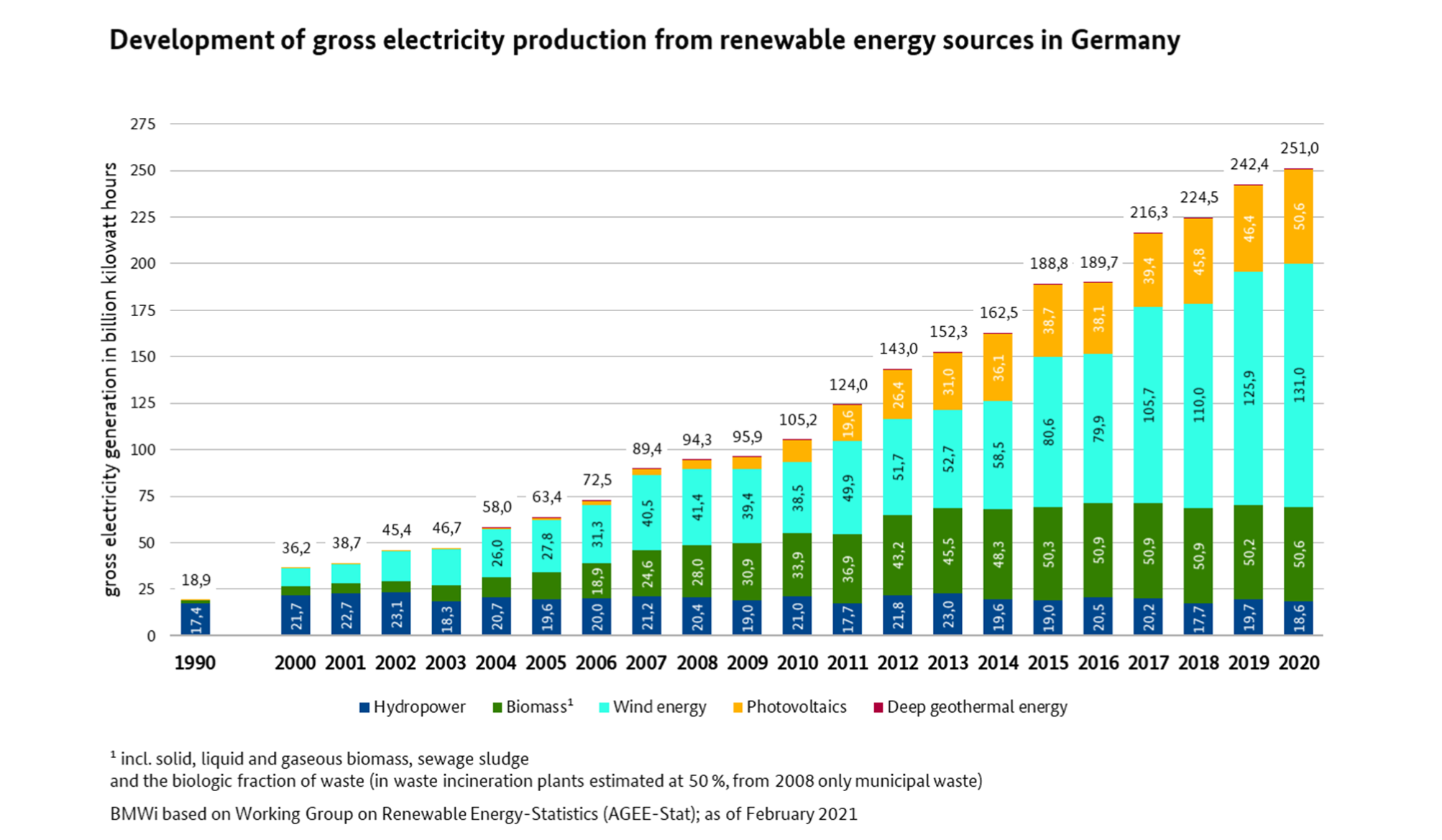 The SMARD data shows how the electricity generated by each individual energy source changes throughout the day and over longer periods. Both actual figures and forecasts for generation and consumption are shown on the SMARD website. The data can be found in the Market data visuals section.

Where do these figures come from?

SMARD users may also be interested in how much electricity an individual power plant is currently feeding in to the grid. This information can be found for power plants with an installed generating capacity of over 100 MW in the detailed views of the list of power plants and the power plant map in the Germany in detail section. The SMARD website is continually adding to its data bank. Data on current generation will be available for smaller power plants as well in future.